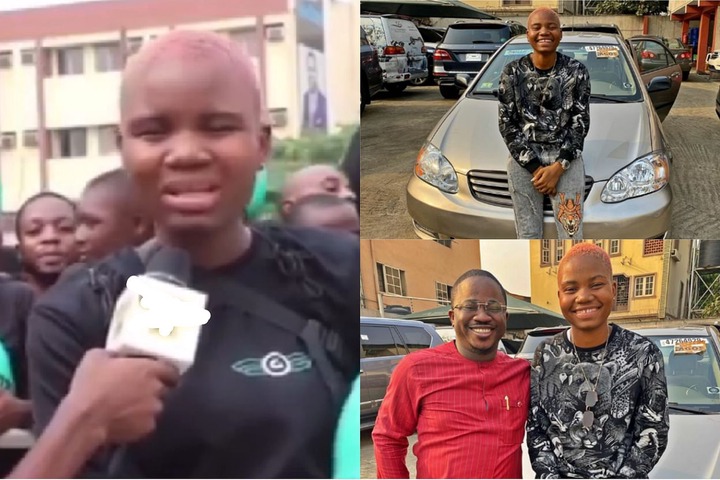 The female Gokada rider identified as Sandra who spoke against the okada ban by Governor Babajide Sanwo-Olu of Lagos, has been gifted a car.

Sandra is an OND graduate of Accountancy from one of the Colleges of Technology and she is currently on her one-year Industrial Training with one of the bike-hailing company as a ‘rider’ and as such, was affected with the sudden Okada Ban in Lagos State.

The lady had gone viral a few days back when she pleaded with the government to reconsider the ban on the activities of motorcycles and tricycles across some parts of the state. 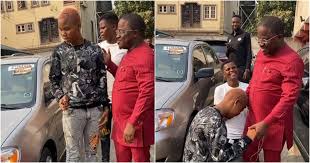 Congratulations to Sandra and Sanwo-Olu for banning Okada in Lagos State.