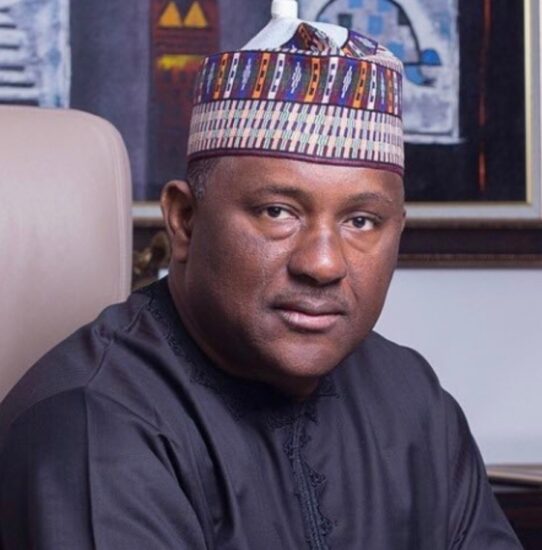 For Alhaji Abdul Samad Rabiu, listing Bua Foods Plc (member of BUA Group) on the Nigerian Exchange was a success story that has catapulted him to become the second richest man in Nigeria, throwing GLO Founder Mike Adenuga to the third position.

With his latest net worth, BUA Group founder is richer than five African countries combined using their Gross Domestic Product (GDP). The combined GDP of Cape Verde ($1.89Billion), Guinea Bissau ($1.59Billion), Seychelles ($1.29Billion), Comoros ($1.28Billion), and Sao Tome and Principe ($0.53Billion) are not up to the accumulated wealth of Alhaji Rabiu.

Over the past few years, certain individuals are beginning to capitalize on various green opportunities yet to be tapped by the vast majority of the African populace.

Interestingly, among these individuals who maximizes the opportunities to make wealth have emerged billionaires within the shores of Africa.

One of these personalities is Abdul Samad Rabiu, a Nigerian businessman and philanthropist. The billionaire entrepreneur is famously known for creating BUA Group, a Nigerian conglomerate with a business focus on cement production, sugar refining, foods and real estate.

He is considered to be the biggest competitor to the richest man in Africa, Aliko Dangote because they are both in the same business line.

Who would have thought that of all the children born to the late Khalifah Isyaku Rabi (father) that Abdul Samad Rabiu would later turn out to be one of the wealthiest people in Nigeria?

The billionaire entrepreneur was born on August 4, 1960, in Kano State, the most industrious state in entire northern Nigeria.

It may interest you to know that Rabiu’s father and the industrialist is one of the 42 children born to his parent.

Learning Business From His Father

He furthered his educational pursuit by enrolling in Capital University Columbus, Ohio graduating with a Bachelor’s degree in Economics.

Rabiu was born into a wealthy family. At 24, after completing his degree programme, Rabiu returned to Nigeria to be in charge of the family business following the arrest of his father by the military regime of General Muhammed Buhari.

The regime accused his father of tax evasion on rice imports.

With the little business skills he had gathered studying his father while he was growing up, young Rabiu boldly and successfully managed his father’s business.

In 1988, he went ahead to set up his own company known as BUA International Limited and it began operation fully in the same year.

The business was launched with the aim of commodity trading by importing rice, edible oil, flour, iron and steel. He became the foremost entrepreneur in the late 70s and early 80s and has since then grown into a conglomerate.

Fortune shined on BUA international Limited when the company agreed with the government-owned Delta Steel Company in 1990. The agreement was for the company to supply the steel company with raw material.

A few years later, the tentacles of the company stretched to acquire more businesses into the BUA Group.

Net worth of Abdul Samad Rabiu

The pathway to wealth is open to all but only a few daring individuals have successfully sailed the road. The founder of BUA Group took the bull by the horn and today he is named among the billionaires in the world.

The Nigerian business tycoon has through his business empire amass massive wealth.

Over the years, his business has grown tremendously to rival some of the established businesses in the country including Dangote Group.

However, the wealth of Samad Rabiu rose to $7.2 Billion following the successful listing of BUA Foods on the Nigeria Exchange on January 5, 2022.

That was the company’s market capitalisation increased to N792 billion ($1.92 billion) on the second day of listing.

With his latest net worth of $7.2 Billion, Samad Rabiu is richer than Glo Founder Mike Adenuga whose net worth is $6.6 billion (has now jumped to $7.2 Billion).

The second richest position in Nigeria may remain a fortune battle between Abdulsamad and Chief Adenuga for a long time.

How did Rabiu Become a Billionaire?

The Nigerian business magnate earned his fortune as a businessman by establishing the BUA International Limited which later became BUA Group with investment in various businesses such as cement production, sugar refining, oil milling, real estate, port and terminals, and more.

The cement company of BUA group is one of the money makers of the conglomerate. BUA Cement is one of the largest in Nigeria and they are established in Sokoto, and Edo state. The plant primary function is to produce cement of different grades.

The oil mill is one of the earliest businesses of BUA Group. The business has been modified and expanded over the years. The BUA oil mills limited was established in 2008 and is located in Kano and Lagos state.

The oil mill is responsible for the production of high-quality products such as Distilled Fatty Acid, Stearine, and Palm Olein.

It is a known fact that Aliko Dangote and Abdulsamad Rabiu deal in almost the same business especially both operating the largest cement and sugar production in Nigeria.

It is perceived that both parties are in a race for dominance seeing that Aliko Dangote is currently the richest man in Nigeria and Africa while Rabiu is fast rising with a rapid increase in his net worth from $3.5 billion in 2020 to $7.2 billion in early 2022.

However, Rabiu has quite a landmark to cover if he has any hope of competing and overtaking the richest African man as Dangote net worth was $19.3Billion according to Bloomberg in a rating released on December 30, 2021.

More so, we have seen both individuals at loggerhead over market dominance and we have seen BUA in a few instances accusing Dangote Group of sugar price-fixing among other issues between the two business giants.

The business magnate lives a very private life and not much is known about his family.

We know that he is happily married but, the identity of his wife is unknown leaving us with no detail about her. Also, the couple is blessed with children among which are :

Greatness comes with great responsibility and it also comes with rewards. Rabiu has stamped his name among the wealthiest and influential personalities in Nigeria.

Over the years, Rabiu has scooped several awards and recognition among which are:

What does Rabiu Spend His Wealth On?

To some people, wealth is meant to be enjoyed and used to satisfy one’s pleasure.

We know that Rabiu owns several properties scattered around Nigeria and in various countries around the world. Also, he owns a fleet of vehicles most of which are luxurious cars including bulletproof G-Wagon, Mercedes Benz S-class, A Toyota Prado SUV, and Range Rover Sport among others.

The life of Abdul Samad Rabiu is worth emulating. He has created a massive network of wealth for himself that has pitched his profile among the billionaires around the world.

As you know, the rich want to get richer, meaning that the Nigerian billionaire is not relapsing anytime soon with a lot of investment on his mind with an ambition to increase his wealth.