A former Managing Director of BankPHB Francis Atuche a few years ago secretly bought a Lagos property from the former Military President Gen. Ibrahim Babangida, an Estate Agent has revealed.

A report by an independent content creator on Opera New Hub confirmed that the multt-million storey building complex is located on Adeola Odeku Street, Victoria Island.

According to our dependable source who is an Estate Agent around the Victoria Island axis, the buyer of the property we gathered is no other than the former Managing Director/Chief Exective Officer of Bank PHB (now Keystone Bank) Francis Atuche. 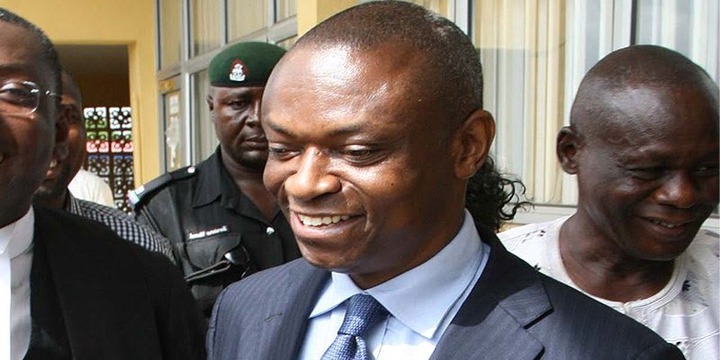 It was gathered that Atuche has turned the property to a branch of his fast-growing retail stores known as Hubmart Stores.

The new place has been made the headquarter of the store that was opened for business in 2015.

The store that has three branches in Lekki, Omole and GRA, Ikeja. is known for selling varieties of products and fresh food categories.

In 2009, BankPHB was declared distressed and the Economic and Financial Crimes Commission (EFCC) declared Atuche wanted over an alleged fraud of N56 billion.

SHARES
Share ThisTweet This
Also Read:  You May Go To 'Jail' for Buying US Dollar with Naira